As the media is generally getting the hang of the idea that Austin real estate is firmly in a seller’s market, I’m reminded of a home in Mueller that I sold earlier this year.

When the market is in the opposite part of its cycle and it’s a buyer’s market, despite all the best marketing and preparation and staging homes are on the market longer. When no-one is buying their house, a seller will become frustrated and sometimes ask for more insight into an agent’s marketing activities. I remember an old colleague – a veritable veteran of home selling, pulling out his remaining hair in 2009 as his listings weren’t selling. There was a buyer drought at the time.

“It’s like they want me to pull out a magic wand and wave it at the MLS and sell their house!” he would say as he shook his head. He’d been in the game for 30 years by that time, and he was confronted with the reality of the market – one that he’d seen many times before – no demand and too much over-priced inventory. His challenge with his sellers was that they didn’t want to hear that, didn’t want to believe it, and wouldn’t take his advice:

“If you want to sell, you’ve got to price where the market is going, and right now it’s going down.”

Fast forward to Mueller in 2011. An enterprising home seller had decided to make a move, and had quietly started to market his home (with no sign) by himself. Let’s call him Jim, as that’s not his name.

Jim had contacted me as he knew I represent a large portion of the home buyers and sellers out here in Mueller, and let me know what he was doing. I went to check out his home on Threadgill Street, and asked why he was selling it himself. Jim gave me his reasons, and I respected them, and showed it to several clients who didn’t end up buying it. I said that I would be happy to represent him in the sale of his home, if he chose to go the traditional Realtor route.

Jim and I kept in touch and he told me he was going to get a bit more serious about selling and put it in the MLS. He chose an agent that had no listing experience in the neighborhood, and I asked him what was the basis for his choice. After all, he’d already contacted me as he was aware that I worked with buyers and sellers in the development. Surely I’d be a good listing agent for him?

He explained that the agent was a friend of his, and that I would have been his second choice. I’m not sure whether he said that to make me feel better, but that’s what he said. Jim’s agent did a respectable job of listing the home, which I showed several more times to other clients of mine.

The list price started above $390,000, and as time dragged on and the home didn’t sell, the agent and the seller contacted me for feedback about the showing condition, and to see why my buyers hadn’t pursued an offer. The home was easy to show and had a few minor issues but nothing more major in my opinion than the price. The list price dropped to $380,000s and then into the $370,000s. I was watching it closely at this time as I had a competing listing coming onto the market with the identical floor plan but not as many upgrades.

Finally the list price dropped to $369,500, and after 129 days on the MLS I imagined that the listing agent was just as frustrated as the seller by the lack of contracts. With Jim’s agent having no magic wand to make the home sell, the listing was withdrawn from the MLS, unsold.

In my opinion, if the listing had been priced closer to the ultimate listing price, it would have sold much sooner. Easy to say in hindsight I know. So why do I make such an outrageous claim? Well, my listing – the same floor plan – entered the market at the same time. We had a few offers, and we negotiated a contract. Meanwhile, I had a third listing of the same floor plan, which I marketed as a pocket listing. We received multiple offers on that and accepted a contract too. And then there was a fourth home at Mueller in the same price point that I listed and sold in the same 45 day period.

So, I got in touch with Jim. I wanted to see if he still wanted to sell his house. He said that he did, but not at the final listing price of $369,500 – the publicly advertised price just a month earlier. He wanted more. I asked if he wanted to list the home, and he said that he didn’t. He had what I call showing fatigue.

Showing a house is a pain if you’re living there. Jim had said that he’d shown his house over 70 times already while the home was listed. He’d had to clean up, get his dogs out and put on the background music seventy times in the preceding four months. Seventy times working around someone else’s schedule. And every time I’d shown the house, I could do it with minimal notice, and the place always looked good. So Jim had showing fatigue, and didn’t want to subject his family to that again.

No problem I said. I had just had two homes of the same floor plan go under contract with multiple offers, and that meant that I had access to ready, willing and able buyers who had recently tried to buy a house like his. “Would I be able to show your house twice on the same day to see if I can sell it?”.

Sure enough, I showed the home twice in one morning, we got two offers for his house, and one was at the price he wanted. More than the most recent MLS listing price. Without having to disrupt his schedule.

So, do I have a magic wand that helps people sell homes? No. Just because Harry Potter has an accent not a million miles from mine doesn’t mean that I have any magical powers. In this case, my secret weapon was knowing the right people at the right time. Not those people who want to look at homes like the seventy other visitors. But two sets of people who needed to buy a home right now. 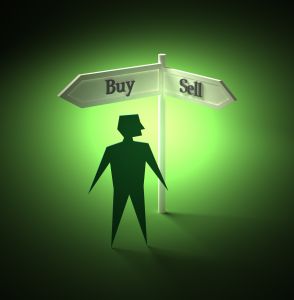 I don’t have a magic wand. I certainly specialize in the Mueller neighborhood and at any given time have a list of buyers and buyer agents who I know are ready to buy. If you’re interested in selling your home at Mueller or seeing homes before they hit the public market, let me know. 512 215 4785

Here’s another example of a different home that I sold here that another few agents had failed to sell: