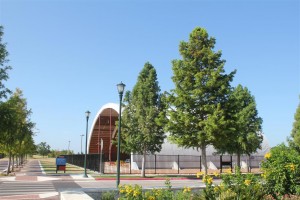 The Path To Fair Valuations?

I really dislike the Travis County Appraisal District’s valuation process, and the market values in Mueller have been raised an outrageous amount for 2011.

Why don’t I like the process? It’s somewhat complicated for the layperson in my opinion. It often seems from the outside that TCAD raise the value of everyone’s home and some people will complain and protest the valuation – some won’t. Some of those people will have the tools, time and skill to take the appraisal districts data and make a concrete argument to reduce their valuations. Many people either won’t bother or won’t succeed, and they become the equity comparables which everyone’s homes are compared to.

I’d posted an offer to help folk in Mueller, Austin protest their valuations and a few folk took me up on it. Next year, I think we’ll be better having some kind of community meeting where we all share data and techniques. Of course some people don’t have time for this and use a professional service – according to the community site Texas ProTax and Real Appraisal Relief did a good job for some neighbors.

So one friend called up and we took a look at the data – his home was valued at around $409k. These are the steps we took to get ready for his formal protest:

While this is fine and dandy for my pal, the challenge is with everyone who doesn’t take the two hours to work up an argument and the hour to go and present it. They are the equity comparables that get used for next year. Next year I think we need to mobilize as a neighborhood to level the equity playing field.

One parting comment – TCAD’s idea of market value isn’t generally well correlated with actual market value in my opinion. If you want to get an idea of what your home at Mueller is actually worth get in touch.