Mueller Movies in the Park 2012

So you may be familiar with the Movies in the Park concept – giant inflatable screen, lots of kids wending their way towards bedtime in the cool Spring and Fall air of Mueller Austin. This year is no exception. The same spot – the raised bank to the North of the Mueller Lake Park hosts the screen and the picnic blankets twice this weekend.

Friday October 19th – Puss in Boots will be shown – the developer typically has some things for kids to play with between around 6pm and dusk, before the movie starts, and the food trucks move up to provide sustenance in the dwindling light. Word on the street has it that there will be golden eggs and magic beans. 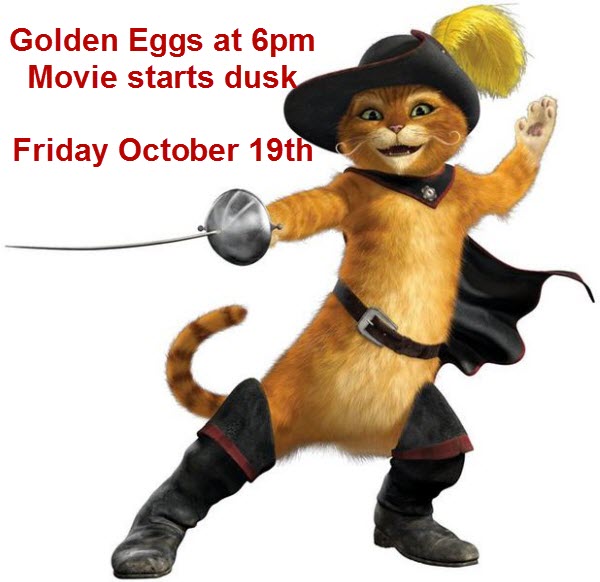 Saturday October 20th – Ghostbusters will follow a production by the McCallum Orchestra – they will perform a bunch of movie soundtracks with a visual montage of clips.

Both events are free, though donations to McCallum Orchestra are appreciated. You can read more about the public scho0ls that Mueller kids track to at a recent post – McCallum is one of them.