Looking back at the homes that sold in Mueller in 2011, many people are surprised about the ferocity of the market. Low inventory, modest new home inventory and high demand left sellers for the most part very well off. I think many residents are going to be surprised again when their TCAD valuations rise, and that may even mean that some people are forced to sell as the cost of owning a home increases.

Here’s a quick recap of the MLS portion of the market, which accounts for only a fraction of what happens – I’ll get back to that later. 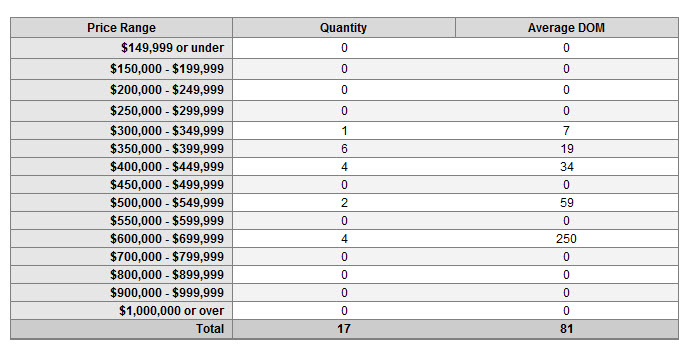 There were five listings that were withdrawn from the MLS. Two of these switched listing agents and ultimately sold (I was one of the listing agents that sold a home that the former agent couldn’t), one was rented, one was a former model home which the builder took off the market before they sold it, and one was a to be built home which is being marketed differently now.

This only tells part of the story – there are many things that happen here at Mueller that are off-MLS – the silent market, pocket listings – whatever you want to call them. I personally had seven buyers last year who bought houses here that were not listed. Compared to the 13 that sold on the MLS – that’s pretty significant.

Five of eleven sales were the new Standard Pacific Condos, and five were resale town homes in the $250,000 to $350,000 range. No homes in this category failed to sell and the median time on market was 61 days – not quite as brisk as the detached homes, but still not too shabby.

All in all, I would say that Mueller in 2011 was very much a seller’s market below $600,000. 2012 has started off with a bang – one of my listings is under contract already in a season not known for voracious activity, I have buyers in negotiations for another off market listing and there is a second off market listing in negotiations too. All in the space of two weeks.

My advice to buyers: get in touch and get your ducks in a row for when a home comes up that meets your needs. My advice to sellers: don’t be shy – there are buyers out there waiting. My advice to residents: start getting ready to protest your taxes. 512 694 8873