Did Section 5 Address the Affordability Gap at Mueller?

Posted in Area Information, For Buyers On November 4, 2011

One relatively high profile issue in the first stages of the Mueller development was the so-called “Affordability Gap” – the big gap in pricing between the cost of homes in the affordable program and the market rate homes which make up the other 75% of homes in the neighborhood. For reference, the affordable program peaks at around $175,000 and the market rate homes started from around $240,000 in 2007 /2008. There were a handful of homes at $218,000. 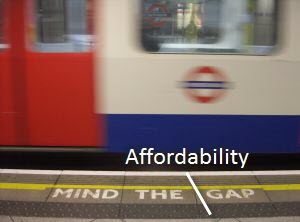 The Affordability Gap at Mueller

Home prices in the last few years have increased significantly for homes under $500,000, which has meant that many of the homes that sold for $240,000 originally are on the resale market for closer to $300,000. So as time goes by, with increasing amenities in the area, as the resale market looks strong, the gap widens. Wages in the area are growing at a slow rate (less than 1.3% from 2009-2011). Sustaining affordability is left to the affordable program as the market accelerates away.

To address this, the size and nature of the market rate homes built from 2010 to 2011 was varied. Market rate Garden Court Homes were affordable by design – zero lot line homes built had a smaller lot, and were closer together. Prices started at around $240,000.  The Mueller House Condominiums were larger (2000 and 2300 sqft) and were priced around $280,000 and $310,000 – getting closer to the missing price point.

With half of section 5 being explicitly in the affordable program, and the other half being market rate homes that are reasonably priced, surely the gap has remained at around $65,000 – just like in 2007/8. Not so. There are two aspects to this in my opinion. One is expectation, and the other is market forces.

Expectation: I get calls every week from people looking for something that isn’t here – the Holy Grail of a single family three bedroom yard home for $225,000 to $275,000. It just doesn’t exist, in part due to the value of the land here. After all, we’re two miles from UT and three miles from Downtown. In my opinion, people who understand the vision of mixed-income housing with different housing types don’t necessarily expect to be in a new energy efficient detached home so close to Central Austin for $250,000. It’s just not realistic. That’s not to say a condo or a townhome doesn’t exist in this price point. There’s a link below to homes that fit this budget.

Market forces: Everybody loves the “homes from the low $200s” line on the home literature, and it’s not surprise that there is precisely one home at this price, and all the other homes are in a variety of price points, some of which are substantially higher. I’m thinking of David Weekley’s Garden Court Homes. Due to the different shapes of the lots, there was one “base price” home that you could purchase for $237,990. Every other home, even the smallest floorplan, had a lot premium attached to it, or was on a larger lot so the builder added more square footage to it, and charged more.  The result is that the builder maximizes the home size on the lot, charges more for different elevations or lot positions by a greenbelt, and the gap widens.

I don’t blame the builder at all for this – that’s their business. If I were a builder, I would concentrate selling close to the median price of the neighborhood, building homes that didn’t make the most profit per lot. The median MLS sales price for the last 12 months for all housing styles in Mueller is $355,000.  This doesn’t take into account many of the off-MLS new home sales.

I don’t blame the homeowner who adds 10 -15% to the price of their home in upgrades at the design center to get it the way they want – this too increases home prices for the resale market and widens the gap.

Another factor to consider is the typical increase in pricing that occurs during a phase of new home sales. The first buyers typically get in at the lowest prices as they are buying an unknown product from a diagram. Once the builder has sold the first homes and has them under construction or completed, they raise prices when people are buying a known home. The “homes from the low $200s” home sells immediately, and if another home of this floorplan sells later, the price is already higher.

With current interest rates in the low 4% range, a family of four earning the median family income for Austin can support a home price of roughly $260,000 to $280,000, assuming they have few other debts (I used $500 per month in my calculations). While there aren’t many homes that fit this price point, (check out all homes for sale under $300,000), there are some. Maybe Section 6 will see many more with its Courtyard Row Homes and Row Homes.

The other good news is that resale affordable homes can be sold to buyers earning 120% of the area median family income – expanding the range of buyers considerably. While these homes are not plentiful, they do pop up for sale from time to time.

So did Section 5 plug the affordability gap? To my mind it did for a perhaps 10-15 families. 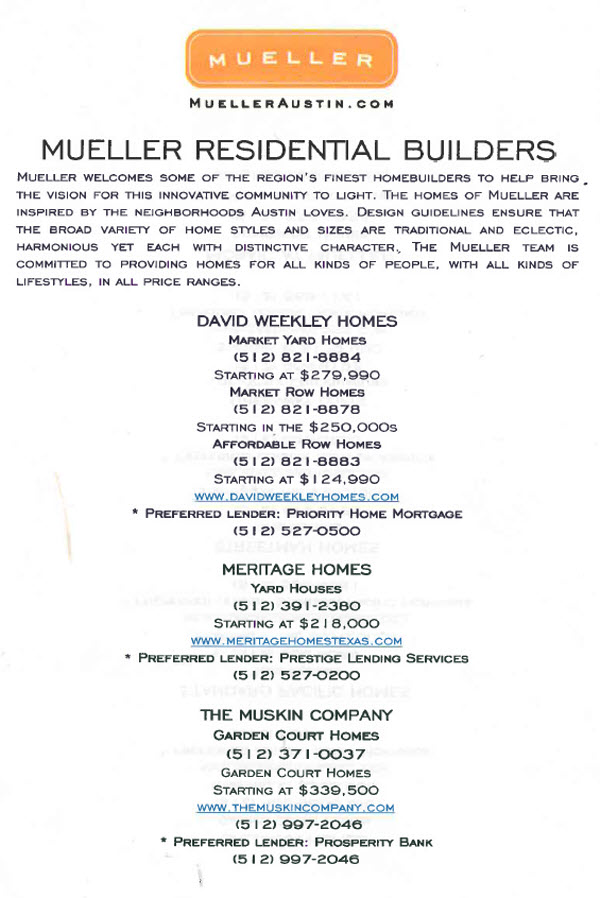